DIY Mosquito Repelling Container Garden - Home & Family
I will be doing when more thing that I haven't posted it yet. But this is the one thing I have started doing and it is in the back of my house now.
The plants we pick are Rosemary, Mexican marigold, Lemon Scented Geranium, Catnip, Lavender, basil, lemon balm, and peppermint.
And say I have to go out I use the Essential oils peppermint, lavender and tea tree oil together in a spray bottle.

With spiders, I have a respect as long as you respect not to bite me. But once you're bite me, it's war on all spiders. Just a couple weeks ago and I just got off antibiotics. I seen a look-alike daddy longlegs in the car but as soon as it started making a web I knew it was not daddy long leg. My grandma said she was going to get the spider let it go free. As soon as she open the door the damn thing attacked me and bite me. That night I cleaned it up thinking nothing of it, but the next day my upper leg in the back was swollen. So went to the doctors got more antibiotic and was told fumigate. I could really did not fumigate my car so did some research. And found a essential oils was going to be some beneficial to me.

Don’t worry, you’re not alone, but that doesn’t mean you have to kill them or spray them.
Anyone who’s even a little bit interested in protecting the environment knows that insecticides are one of the most poisonous substances we bring into our home and avoid it at all costs.
(By the way, technically speaking, spiders are not insects but arachnids.)
Instead of bringing bug sprays into your home that kill not only the spiders but also sicken you, your kids, your pets, and your environment, try these natural home remedies to getting rid of spiders.

Folklore about vampires states that vampires can only enter your home if you invite them inside. Since spiders are sort of like eight-legged, blood-sucking vampires, you might say that the same logic can be applied to them.
The fact is that if you have a problem with spiders, you must be offering them a pretty cozy environment without realizing it. Don’t invite spiders in by allowing cracks, gaps, and other small holes to remain. Check around in your basement, garage, or other places where you are finding spiders and seal up these cracks with caulking.
This is doubly important because the cracks that allow spiders in are the same cracks that allow other insects in, which are the spiders’ prey. By eliminating ways for insects to enter, you also eliminate the spiders’ food source.
Once you’ve sealed the cracks and holes up, clean out any existing spider webs. Be thorough, inside and outside, sending the spiders a clear message that your house is not a welcoming place for them to stay.
Finally, make the spiders feel even more unwelcome by cleaning out clutter. Piles of junk that have accumulated in a basement or a garage looks like luxury villas to a spider. Trying to get rid of spiders also provides a great excuse to stop procrastinating and finally get around to organizing your basement or garage.

2. Spray Inside and Out

Long before people used bug spray, they discovered that other types of sprays could keep bugs and spiders away. Start with any of these essential oils:
Dilute the essential oil with water. Careful, it only takes a tiny amount of the essential oil to act as an effective spray! Spiders don’t like the taste of these oils, so as you clean up your spider webs, coat the area with a few squirts of your spray. That will encourage them not to come back, and the essential oil will leave your house smelling great.
Another highly effective essential oil against insects is catnip oil. Believe it or not, university researchers have shown catnip oil to be many times more effective than DEET in repelling insects. By coating problem areas with catnip oil, you will repel insects. By repelling insects, spiders will have to go elsewhere, because they will have nothing to eat.

Besides the sprays mentioned above, you can also try borax, kerosene, or chewing tobacco.
Borax has been used for a long time to repel insects; some professional exterminators are now offering borax as an environmentally friendly way to get rid of bugs. Wherever you have problem areas, sprinkle the area with a little bit of borax. The borax will repel the spiders from the area; if they come into direct contact with it, it will kill them.
Kerosene can be swabbed onto windowsills, door frames, and anywhere else that spiders are entering your home. The smell of it will repel the little critters.
Finally, a decent use for chewing tobacco! Soak a package of chewing tobacco in a gallon of boiling water. Let it cool, and strain the tobacco particles. Then, add half a cup of lemon-scented dish soap to the water. The resulting spray makes a great repellant.

Some Spiders are No Fun

In the United States, both brown recluse spiders and black widow spiders are fairly common. Though biting humans is unusual, it does happen and the results are quite painful. People rarely die from these bites, but it’s not unusual for a bite to lead to hospitalization.
In short, taking steps to rid your home of spiders is not just aesthetically pleasing; it can protect both you and your family. Start employing these home remedies to getting rid of spiders today, and enjoy the peace of mind it brings you.

So in a few weeks I will give you an update on how my spider situation is going. The essential oils I'm using is the following: peppermint, tea tree, and lavender in my house and in my car but outside I am using Bayer advanced home pest control indoor and outdoor. Getting rid of all cobwebs, filling up cracks Plus leaving peppermint Cotton balls in a plastic baggie near windows seals and in the car. On top of it I got some plans for that outside. Soon I will be hitting on the mosquitoes. Because last year I couldn't even get out the door without running into them.
Posted by Unknown @ 1:45:00 AM No comments:

There are many reasons why I stop in 2013 I stop eating that red meat. When I eat it now, I get really gassy and I have digestive problems like: diarrhea, stomach cramps just to name a few. So these are two top reasons is why I stopped eating red meat: I heard a coworker of mine tell me how bad it is for your gut and then I was diagnosed with Polcystic ovary syndrome and a few years later I was diagnosed with endometriosis. Both of those require no red meat.
In addition I also learned in college that red meat was really bad for you so after all that I decided what was best for me was to just stop eating it.  In addition, my grandmother did the same thing. Her type two diabetes is more under control versus like how her sister was completely out of control. Another family member of mine got gout and there was more limitations on what that person could eat then anything.


"Just reviews my reasons why is listed: my female health problems, type two diabetes is down, you'll reduce inflammation, improve cholesterol levels, you're gut will love you, you will change your DNA, reducing my chance of Alzheimer, reduce sodium, reduce colon cancer risk, reduce heart diseases, obesity and lose the weight, help my antioxidants level, reduce kidney problems, be less acidic, be less bloated, skin improve, slash my risk for cancers and diseases, have more energy. helping my blood vessels, avoiding eating pink slime, reducing my risk of E. coli, helping my hormones, have healthy bacteria, healthier arteries, and a better metabolic processing system. It not have food take so long to process in my system. 24 hours not 4 days." 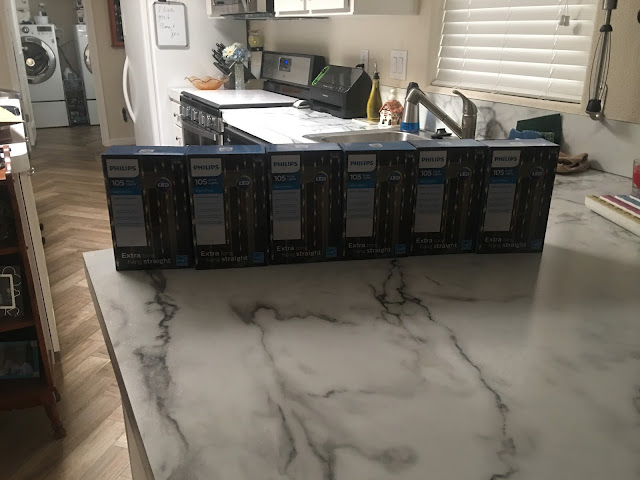 So when I decided to go ahead and get new Christmas lights, I chose to do it a different way. The way I did it was how to earn free gift cards. So I actually was buying 6 boxes valued at $116 light set at Target=http://www.target.com/p/philips-105-ct-icicle-lights---warm-white/-/A-50859010. But i only paid $6. Now you may ask how did I do that. That was simple sign up for free at the links below and happy earning.
Video = https://youtu.be/JuPKVqU69SA
Shopkick app = https://app.shopkick.com/wr2/pigeon273?sms_experiment_id=16498650000
Mypoints= https://www.mypoints.com?rb=23016807
Swagbucks= http://www.swagbucks.com/refer/angelbaby4ever

Here is about me in my businesses hope you all take a look at it.
Jennifer Business Inspired